So another year concludes, blog updates have become increasingly scarce as have any decent birds to speak of on Beachy Head. Once we advance into November very little happens until late February or early March when Stonechat start to reappear along with the odd Linnet soon followed Black Redstart & Firecrest.

Firecrest amongst the leafless branches of Belle Tout wood, early March this year.

Of course 2017 will be remembered for the brief appearance of a Blue Rock Thrush, which is and will probably remain the rarest bird I have personally seen up there. Something the finder will saviour for years to come I am sure. It was a strange morning, crystal clear with almost no perceptible north bound movement but of course that particular continental visitor had not come from the south that day. 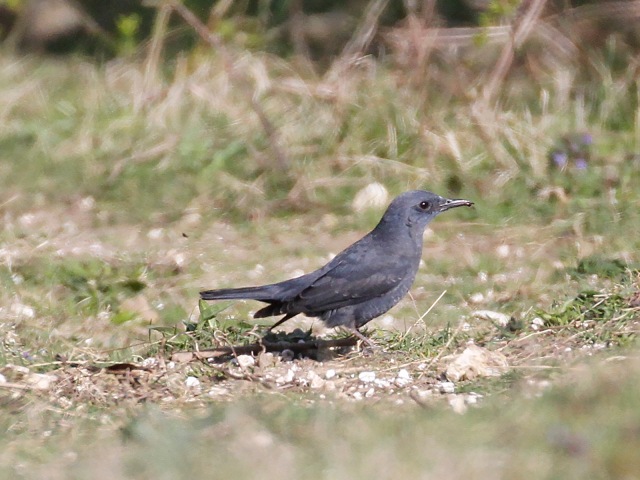 As always the headland produced many enjoyable mornings and days out this year. I personally failed to reach beyond the self found scarcity level of Yellow browed Warbler. It’s easy to take for granted the opportunity to “self find” the likes of migrant Honey Buzzards & Wrynecks on a yearly basis and I remind myself of years spent living elsewhere when that wasn’t possible. It’s equally easy to allow the frustration of not finding something rare or scarce to diminish the enjoyment of the commoner birds you encounter. Something I try to avoid.

I don’t think I can tire of the views or the birds that go to make up the seasonal comings and goings up here. Beachy Head is a beautiful & special place.