Since Monday, I had made several visits to various far flung corners of Beachy Head but failed to produce anything more scarce the Whinchats, Spotted Flycatchers and groups of Wheatear. Although the overhead movement of birds (mostly hirundines and Meadow Pipit) is always a spectacle to enjoy against the beautiful back drop of the Sussex coast. There were however two Honey Buzzard and another Wryneck seen by luckier birders this week.

Last post for a while, I’m away on Fair Isle from tomorrow followed by a stint on St. Agnes, Scilly until the 23rd October.

A Grasshopper Warbler underneath Belle Tout taken on the 18th. 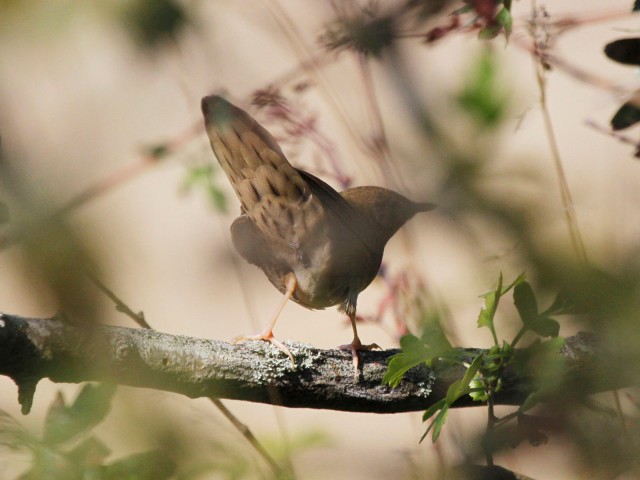