After a 72hr transatlantic battering, today dawned bright & clear with a easterly breeze. The change in conditions brought an anticipated improvement in the bird situation. 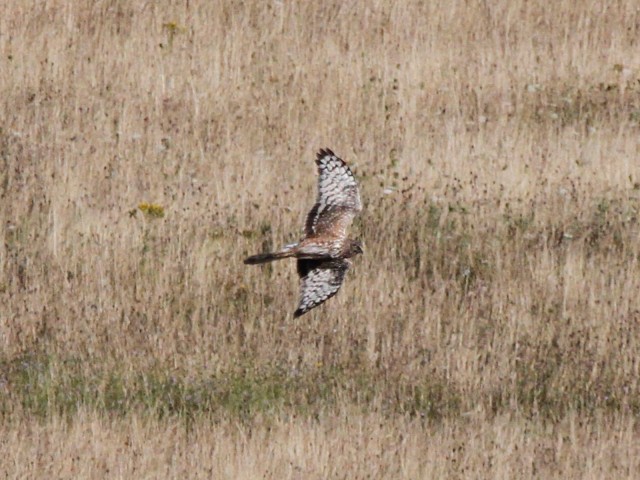 I walked the long loop between the pub and Shooters Bottom. Whitethroats were very numerous with somewhere in the region of 70 seen, Willow Warbler numbers are really tailing off now with only 12 Seen. A Grasshopper Warbler flew up from under foot, diving into the cover of the old trapping area. The strip of stunted hawthorns towards Shooters held more Whitethroat and a single Sedge Warbler. Shooters it’s self was busy with Warblers. 6 Reed, 1 Garden, 40 Whitethroat and 2 Redstart. What was assumed to be last weeks Wryneck was busy feeding along the main rides. An adult female Hen Harrier put on a show quartering the meadow around Hodcomb.

Overhead a modest but steady easterly passage of Sand Martin and Swallow had got going by 9am joined by c12 Yellow Wagtail and at least 6 Tree Pipit. 2 Wheatear also flew east. 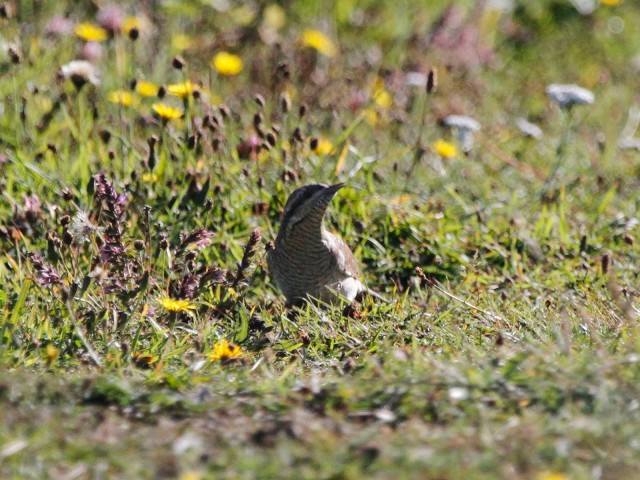 John Cooper found a Melodious Warbler at Birling early on but due to phone coverage problems  which blight the area, I received the news late. I had a quick look but no cigar.