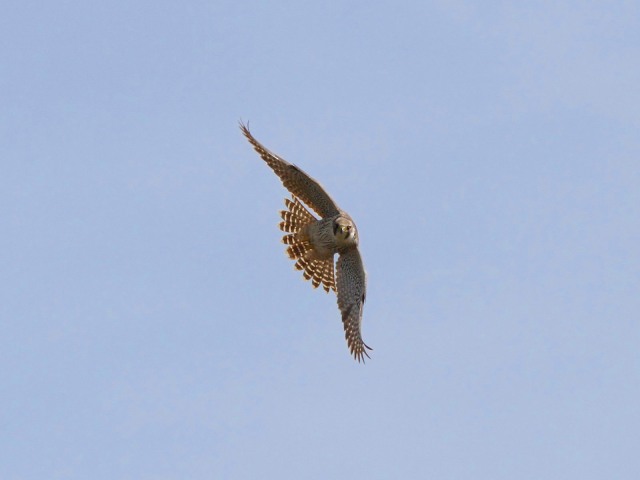 A fine day, moderate WSW wind. Firecrest numbers have increased with 6+ in Belle Tout wood and 1 each in Birling Lane and Shooters Bottom. Other than that there was little to show for the time of year. c60 Brent Geese passed offshore. I’m still yet to catch up with any Ring Ouzel (2 reported during the week). A very wet and wild weekend ahead with strong winds and rain forecast.

It’s been interesting to learn more about the Beachy Head Peregrines and Ravens. Two species that share very similar history. Both persecuted and exterminated from large areas of the UK and now both successfully re-establishing themselves. Their return brings a sense of “wildness” to the area. Fitting residents in such a dramatic part of the country. 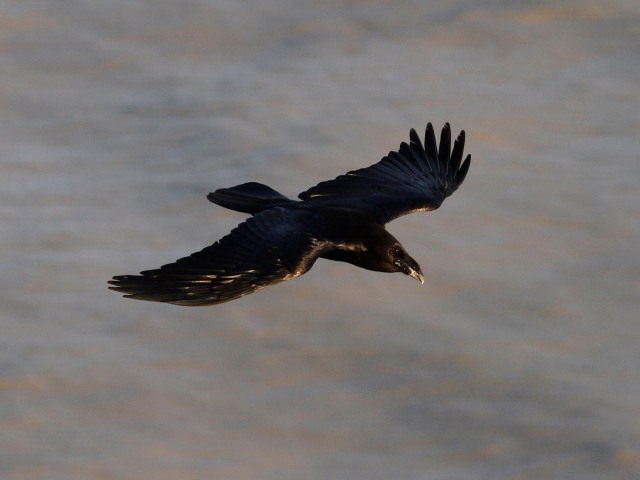 Ravens only re-colonised the headland in the early 2000’s after being absent since the 1950’s. 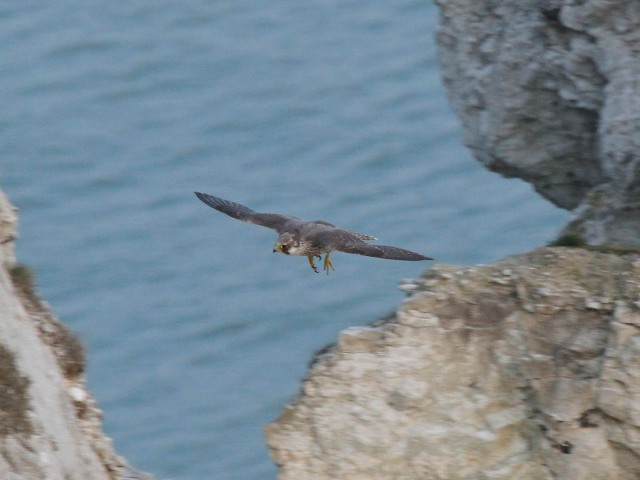 This small, male Falcon sp. appeared to be part of a pair (or trio) of Falcons on the apex of Beachy Head. The other bird, which it harassed a Raven with, was a standard looking female Peregrine. Several features on it suggest it may have mixed genes, a result of wild Peregrines interbreeding with escaped falconers birds. Thanks to Phil Everett for his generous help with photo’s and information on the subject.

Birder
View all posts by BEACHY BIRDER →
This entry was posted in Uncategorized. Bookmark the permalink.