So Obvious highlight of the week for me came mid morning on the 16th when I discovered a Melodious Warbler in the gully near Cow Gap. I saw the bird very briefly as it moved away up the side of a gully, feeling that photographic images would endure longer than those gained through my bins I rattled off some shots. The bird was on view for no more than 60 seconds & fortunately the images are good enough to make clear judgements on the primary length thus discounting other possibilities when dealing with pale/yellow Hippolias warblers in the UK. I do try to observe birds in the field before using the camera to secure an ID, but in this case the bird was clearly moving in a manner that suggested it wasn’t hanging around. See heavily cropped images below. They are of poor quality but serve as good record shots. 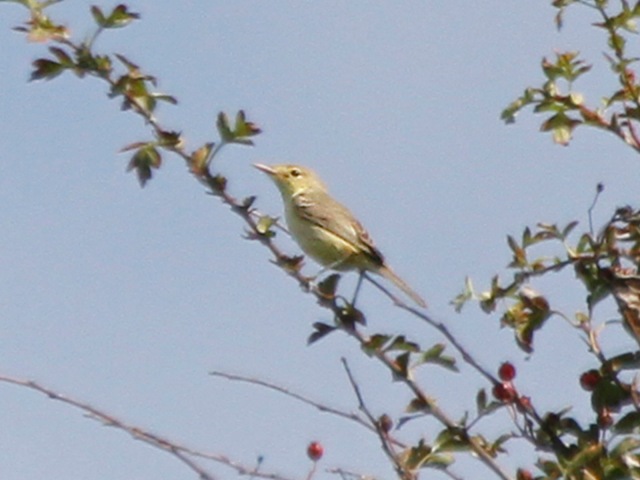 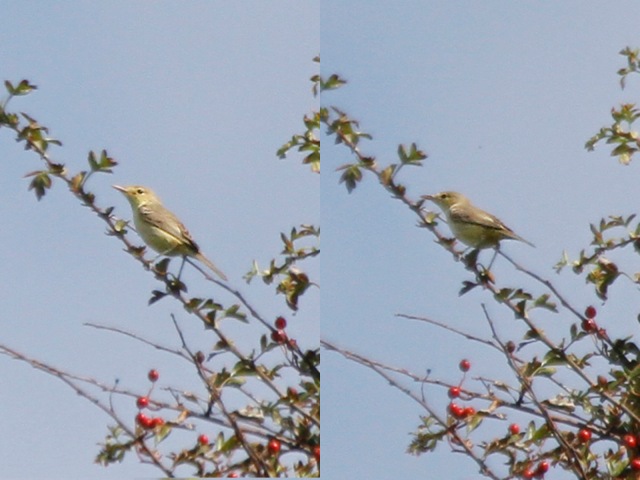 Melodious Warbler in “The Gully” at Cow Gap

The remnants of tropical storm Bertha completely wiped out birding on Beachy Head, which is incredibly exposed in SW winds. I made little effort between Sunday and Wednesday as the wind makes looking for migrants in cover impossible. Things did settle down to a light westerly air flow and on the 14th a fall of birds occurred at Whitbread Hollow with, c50 Willow Warbler, c110 Whitethroat, 1 Lesser Whitethroat, 10 Reed Warbler, 2 Spotted Flycatcher, 1 Redstart, 1 Nightingale, 4 Tree Pipit. The 15th was quiet in comparison apart from 5 Swift but the 16th saw an increase in birds again at Whitbread with another Redstart, 1 Spotted Flycatcher, 5 Tree Pipit, 1 Yellow Wagtail, c50 Sand Martin, 1 Wheatear, c60 Whitethroat, 1 Lesser Whitethroat, 2 Garden Warbler, 5 Reed Warbler, 1 Sedge Warbler, 1 Grasshopper Warbler (my 4th so far this autumn, although god knows how many pass through unnoticed). Of course the star bird that morning was the Melodious Warbler. I also spent a bit of time at the ringing hut this week were I got to see a number of birds being ringed. 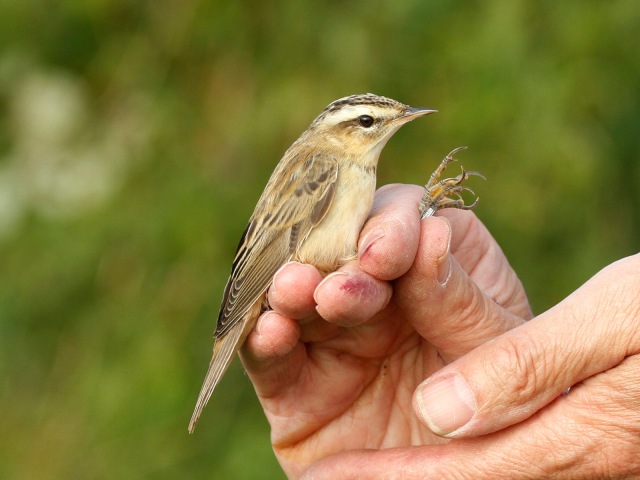 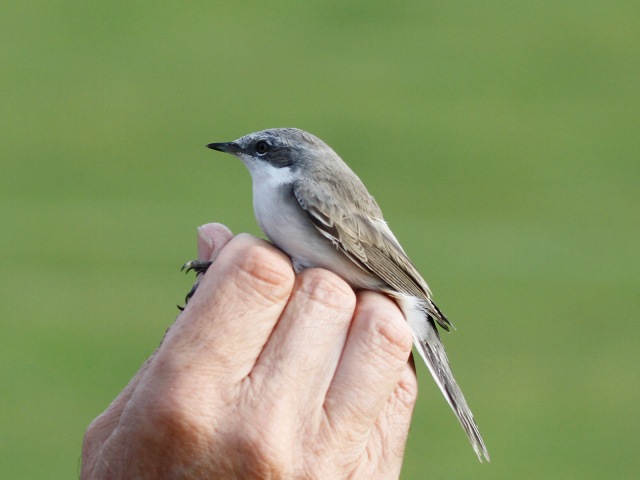 Wall Lizards!  They seem to be very numerous along the walk ways down the beach in the Holywell area, a species that has been introduced to the UK and has since colonised certain spots along the south coast. I also saw about 4 Clouded Yellow Butterfly through out the week. 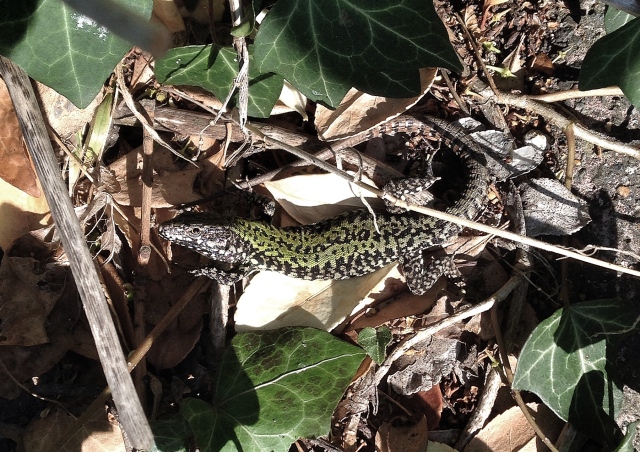 Birder
View all posts by BEACHY BIRDER →
This entry was posted in Uncategorized. Bookmark the permalink.